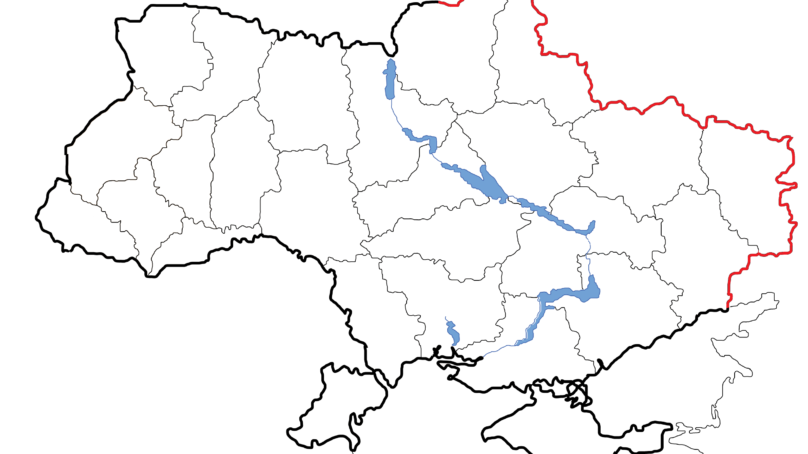 With the Biden Administration sounding warnings that Moscow has amassed enough troops along Ukraine’s border to attack the sovereign nation “at any time,” a member of the House Foreign Affairs Committee laid out Russian President Vladimir Putin’s suspected strategy, and how he thinks the U.S. and our allies should respond.

“It certainly appears that [Putin’s] intentions are to take military action, and this obviously would be the most significant military engagement since World War II,” Rep. Steve Chabot (R-OH) told Political IQ, adding, “I think he’s making a key mistake which he’ll regret.”

“What Putin wants is simple, said the Congressman. “He’s trying to reconstitute the former Soviet Union. That’s his long-time plan.”

Putin’s plan, in fact, goes much farther back than many Americans probably realize. According to Chabot, it starts with the Russo-Georgian War of 2008 when Russia took occupation of the Georgian territories of Abkhazia and South Ossetia. “And that was in the Bush Administration. Crimea [in 2014] was during the Obama Administration.”

Inadequate response by the West to these provocations has only emboldened Putin, said Chabot, who was one of the co-sponsors to reintroduce the Crimea Annexation Non-recognition Act in 2021, which states that the U.S. should not recognize Crimea as a part of Russia.

“[Putin’s] got, I’m sure, Poland and Estonia and Latvia and Lithuania in his sights. He’s already essentially taken over Belarus.”

Chabot believes that the botched withdrawal of our troops from Afghanistan this past Summer has also emboldened Putin—as well as our other adversaries. “We sent out the wrong message to the bad actors across the globe, and we’re seeing the results of that now, whether it’s Putin on the border of Ukraine or whether it’s ramping up of the provocative actions by the PRC against Taiwan, whether it’s the Mullahs in Iran, whether it’s North Korea.”

Chabot describes the package as going “nuclear” upon the Russian economy. “Let Putin know that Russia’s going to be cut off from the U.S. and the Western banking system and the U.S. dollar. That could have a devastating impact on their economy,” he said.

But sanctions can only have an impact if the U.S. and its European allies are united, “especially some of the major actors like Germany.”

This leads to the Nord Stream 2, the $11 billion natural gas pipeline from Russia to Germany—a nation heavily dependent on gas and oil imports. It’s not operational yet, but President Biden said during a joint press conference with German Chancellor Olaf Scholz this week, “If Russia invades—that means tanks and troops crossing the border of Ukraine again—then there will be no longer a Nord Stream 2.”

However, it’s unclear how the U.S. can put a stop to a pipeline between Germany and Russia. “That is something that I hope and pray the Biden Administration is strategizing and working on right now,” said Chabot.

During the joint White House meeting, Scholz stopped short of pledging to halt Nord Stream 2, but he did stress the need to keep pressure on Russia.

A handful of top Russian military commanders flew to Belarus this week, ostensibly to oversee military exercises that are scheduled to end February 20. Meanwhile, along with more than 100,000 troops amassed along Ukraine’s border, a detachment of Russian warships are moving into the Black Sea. Moscow claims they’re also there for military exercises—a bluff Russia has used before invasions in the past.

“We’re not sure exactly what type of incursion or how extensive that incursion will be,” noted Chabot. “He could go for the capital [Kyiv], he could go for a region like he has in the Donbas or in Crimea, he could try to take over the whole country.

“I certainly think it’s a strong possibility that he will [invade Ukraine]. And I think that every action we take ought to be to try to unify the West, to do everything we can to send the message to Putin that if he takes that action, the ramifications will be dire.”

Read more about the Russia-Ukraine conflict and how Tucker Carlson is driving Americans to question U.S. involvement.

Blinken: Russian invasion of Ukraine ‘could begin at any time’