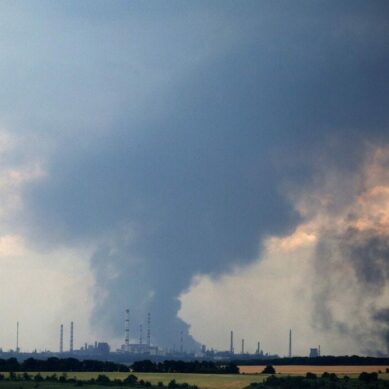 Scenes of Horror as Putin Hits Mall With ‘1,000 People’ Inside

Scenes of Horror as Putin Hits Mall With ‘1,000 People’ Inside

Pence leans in on abortion, as Trump, other potential 2024 candidates are more cautious

In N.Y.’s primary, 2 Democrats and 4 Republicans are running to oust Gov. Hochul 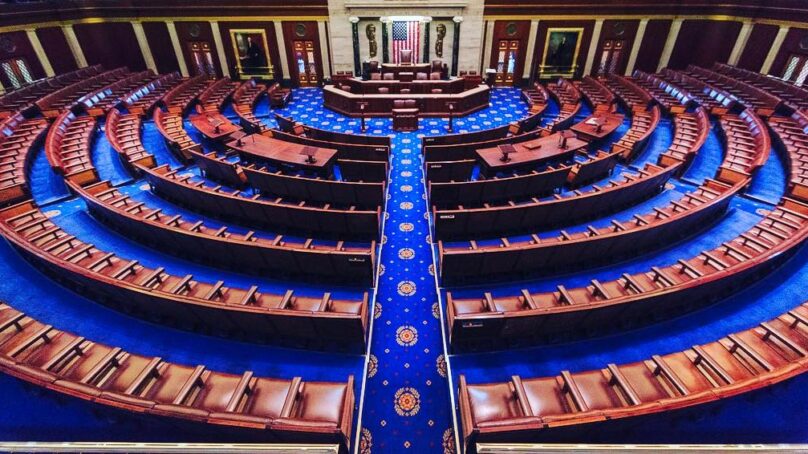 Does Democrat Exodus from the House Spell Doom for the Party During Midterm Elections?

On Monday, Ted Deutch (D-FL) announced that he won’t be seeking reelection, making him the 31st Democrat to call it quits in the House —the most in three decades, when 41 House Democrats retired in 1992. And the drop-outs are coming as Democrats already face an uphill battle in holding onto their majorities in the House and Senate this midterm election season.

By contrast, only 13 Republican House members have announced retirements so far this year.

What Role Do Retirements Play in Outcomes of Midterm Elections?

In recent elections, retirements haven’t always foretold the outcome. In 2010, for example, there was a near-even split of retirements: 20 Democrats and 23 Republicans, but in a tough year for President Obama the Democrats suffered a net loss of 63 House seats. In 2018, though, 41 Republicans and 22 Democrats retired, but come Election Day, the GOP lost 40 House seats.

“In terms of who controls Congress, maybe retirements are a factor, but I don’t think they’ll be the deciding factor,” J. Miles Coleman, Associate Editor of Sabato’s Crystal Ball, an online election handicapper at the University of Virginia’s Center for Politics, tells Political IQ.

He says retirements act more as a “predictor,” holding up Democratic Rep. Kathleen Rice of New York as a prime example. Had she been serving in the House a long time, retirement might seem logical. However, she only entered the House in 2014, and she’s in a district that went for Biden. “I thought she’d be there for a while,” says Coleman. “But people like her are hanging it up. What that may tell me is, these members see which way the winds are blowing, and do they really want to run another tough campaign just to maybe end up in the minority?”

Coleman says the real indicator will be “linked to whatever the President’s approval is.” Currently, Biden’s is at 41.4%, according to RealClearPolitics. According to Mark Caleb Smith, director of the Center for Political Studies at Cedarville University in Ohio, those numbers don’t bode well for the President’s party. In fact, he added, “With approval numbers like this, you wonder if it’s going to be even worse for the Democrats.”

Does #Democrat Exodus from the #HouseOfRepresentatives Spell Doom for the Party During #MidtermElections?

Senate Friendlier for Democrats, GOP Shores Up Its Odds

All 14 Senate seats where Democrats are up for reelection are in states Biden won in 2020. Coleman points out, “What really hurt the Dems in 2010 and 2014, which were Obama’s two midterms and they lost a lot of Senate seats both times, is that back then they were defending members in pretty Republican states, Arkansas, Louisiana, Alaska. Now, they’re not having to defend Senate seats on overly hostile turf.”

And the Wall Street Journal even sees a few Senate seats where Republicans are retiring that Democrats could possibly pick up: Pennsylvania, Ohio, North Carolina, Alabama and Missouri.

Senate Democrats are retiring only in states that Biden won in 2020 SOURCE: WALL STREET JOURNAL

With the Senate race so close, Republican leadership has pressed a number of Governors to toss in their hats and help lean the scales more to the right. But so far, Chris Sununu of New Hampshire, Larry Hogan of Maryland, and Doug Ducey of Arizona have all publicly declined.

However, Coleman warns that popular Governors from a party that’s opposite of how a state generally votes (that is, a red Governor in a blue state or vice-versa), rarely make the jump to Senator. “One good example of that from the 2020 cycle is [Democrat] Steve Bullock in Montana. Popular Governor, loses [his Senate race] by ten points.”

On the other hand, Senator Rick Scott (R) is purple state Florida’s former Governor, so it can be done.

Meanwhile, two Republican Senators who’d planned to retire, Ron Johnson of Wisconsin and John Thune of South Dakota have since announced their runs for reelection.

Inflation Will Drive Voters to the Polls for the Midterms

At the end of the day, it’s the issues that will drive voters to the polls. And right now, “It’s inflation more than anything else,” says Coleman.

As for Russia and Ukraine, he notes that we haven’t had “a foreign policy-centric midterm really since ’06 when the Democrats capitalized on the discontent with the Iraq war.” But he expects that if the conflict escalates enough to impact our supply chain and drive up prices, especially gas prices (inflation), then it’ll become a factor.

And being the party in power is simply a negative during the midterms. “Almost always the party that is out of the White House is going to be more motivated to turn out and score points against whoever the incumbent President is,” says Coleman. “That’s just a dynamic that’s going to hurt Biden and the Democrats.”

Visit us weekly for new stories by Political IQ and new games about trending topics in political news!

How U.S. sanctions against Russia work