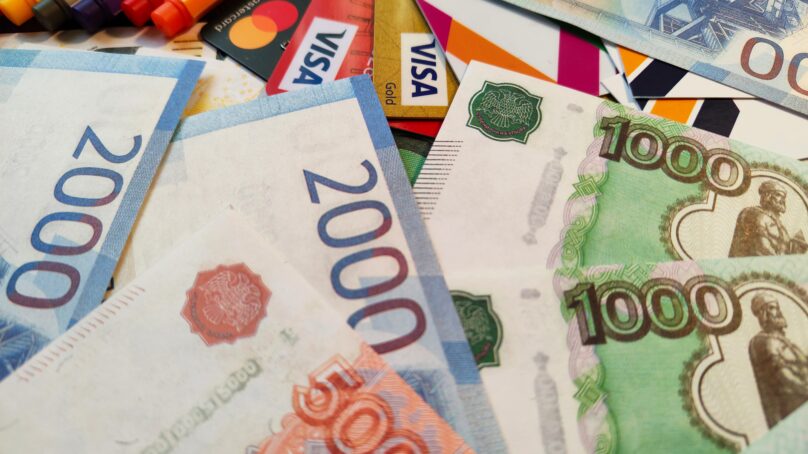 The economic sanctions imposed by the U.S. and its Western allies against Russia are the most restrictive ever upon a major economic power. The Kremlin has even called the move a declaration of “economic war.” But how much will the sanctions impact Russia’s military assault upon Ukraine?

What Are the Economic Sanctions Against Russia?

Globally, the sanctions are numerous and include bans on Russian financial transactions and energy supplies, the seizing of private wealth, and bans on shipping and even Russian media.

Meanwhile, more than 300 private companies have suspended all or most of their operations inside Russia. This is a 30-year reversal of foreign investment that began with the fall of the Soviet Union.

Russia Braced for Sanctions – But Not Enough

The global economists who spoke with Political IQ were all in agreement that the most significant of the sanctions are those levied against Russia’s central bank. “This is going to lead to a lot of pain in Russia’s economy. GDP is going to fall sharply, inflation will rise and consumers’ incomes will be severely affected,” says William Jackson, Chief Emerging Markets Economist with Capital Economics.

The Kremlin spent years building up reserves in its central bank, including stockpiling the equivalent of more than $600 billion. But a large portion of those reserves are in foreign accounts, so the sanctions on the central bank have greatly diminished Russia’s war chest.

Nicolas Veron, Senior Fellow at the Peterson Institute for International Economics, says Russia “never saw it coming” when so many countries, including Switzerland, joined in cutting off the central bank. “What they had prepared for was sanctions by the U.S., but what they hadn’t prepared for was sanctions by the entire block of reserve currency-issuing countries and jurisdictions, especially the fact that Europe would side with the U.S. so quickly and powerfully and jointly.”

The result? The ruble is now worth less than one U.S. cent. Russia, in an attempt to save its currency from complete collapse, has raised a key interest rate 20% while limiting withdrawals from the central bank to $10,000 in rubles only.

Financial firm JPMorgan predicts the Russian economy will shrink by more than one-third in the second quarter of 2022, and by 7% this year, suffering its largest decline since Russia’s economic crisis of 1998.

Russia & China Team Up Ahead of War

Russian President Vladimir Putin and Chinese President Xi Jinping, meeting at the Winter Olympics shortly before the invasion of Ukraine, announced a “no limits” partnership specifically to buffer the blow of anticipated Western sanctions. However, it did not take long for Beijing to distance itself from Moscow—and even begin talks with Kyiv (another of its trading partners)—once reports emerged of the Russian military getting bogged down.

According to Capital Economics, “China will support Russia financially and through trade [only] as much as any Western sanctions allow.”  The research firm notes that some small Chinese companies have been sanctioned in the past by the U.S. for doing business with North Korea and Iran, but “[l]arge Chinese firms have generally toed the line.”

“When the Chinese agreed to this ‘no limits’ partnership there was more optimism of Russia’s ability to conquer Ukraine in a week,” adds Veron, “I think the likelihood of China acting as a backstop for Russia has not necessarily increased in the past few days.”

But Will Sanctions End the War?

The sanctions and the loss of those 300+ private businesses are already taking a toll on Russia’s war effort, according to Arik Burakovsky, Assistant Director of the Russia and Eurasia Program at The Fletcher School of Law and Diplomacy at Tufts University. “We’re already seeing difficulties in logistics, but I think supply lines will become even more challenging,” he says.

He suggests the West could expedite an end to the war by negotiating with Moscow to lift some sanctions as an incentive to draw down forces. However, he notes, the U.S. “hasn’t been particularly clear what sanctions are negotiable and what the timeline would be. Also, there’s the issue that the sanctions that were legislated would need to be lifted by Congress, and that would be fairly challenging.”

He foresees the Russian people putting public pressure upon Putin to end the war. “There have already been a number of protests all across Russia. Thousands of people have been arrested, and it seems that Putin is increasingly having to turn to repression to avert these protests.”

The Levada Analytical Center, an independent Russian research organization highly trusted by Western scholars, currently puts Putin’s approval rating at 71%—but the last poll was taken in February, right before the invasion.

That said, Burakovsky expects to see a lot of rallying around the Russian flag—at first. He says, “Putin’s public approval is likely growing because the public is buying the narrative that Russia is a besieged fortress, constantly fending off attacks from the West” along with the narrative that this is a war against an alleged “Nazi regime” in Kyiv as well as against NATO and the U.S.

However, as the war drags on, the Russian soldiers’ body count rises and the sanctions cause undue hardship, “the Russians will grow increasingly dissatisfied.”

“Historically, the rally around the flag effect is quite temporary,” says Burakovsky. “We see an initial boost in ratings for the political leadership and then gradually the ratings will decline.”