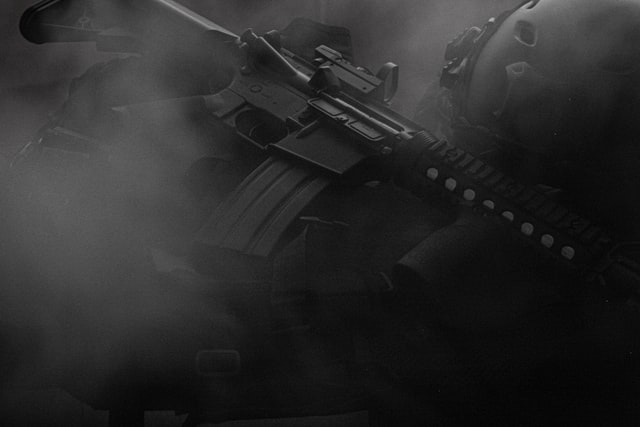 Pleas and Suggestions in the Wake of Two Mass Shootings

There are new calls for Congress and the federal government to take action on guns and extremist violence, following two mass shootings in less than two weeks that took the lives of at least 31 Americans, including at least 19 children.

Democrats are pushing the Senate to pass a pair of House bills on background checks, but that appears unlikely to happen. Meanwhile, there are other legislative suggestions that could help to ease the epidemic of gun violence in this country—if authorities are inclined to take them up.

According to the Gun Violence Archive, a nonprofit organization that tracks gun violence, there have been more than 3,500 mass shootings since Sandy Hook in 2012. The group defines “mass shooting” as an incident in which four or more people are killed or injured.

On Tuesday, the number of casualties from the Robb Elementary School shooting in Uvalde, Texas, had reached 21 dead, 19 of whom were children, making it the second deadliest school shooting after Sandy Hook Elementary in Newtown, Connecticut. That December 14, 2012 shooting left 26 dead, including 20 children.

Senate Could Take Up House Bills – Will It?

In 2021 the House of Representatives passed two bills on gun control, both having to do with background checks. HR 1446 would close the so-called “Charleston Loophole,” which would increase the time a federal firearms licensee must wait to receive a completed background check prior to transferring a firearm to an unlicensed person from three days to ten days. This loophole allowed the gunman to open fire in the Emanuel AME Church in Charleston, South Carolina, on June 17, 2015, killing nine people.

Another bill, HR 8, would expand background checks for all firearm sales or transfers in the U.S., which currently are not required by unlicensed and private sellers.

On Wednesday, Senate Majority Leader Chuck Schumer (D-NY) pressed Republicans to support bringing both bills to the Senate floor. “My Republican colleagues can work with us now. I know this is a slim prospect, very slim, all too slim—we’ve been burned so many times before—but this is so important,” he said.

However, Schumer is not making any active plans to put forward these bills, himself, because they’re not likely to survive a 60-vote filibuster.

On Tuesday evening, as the death toll was continuing to rise in Uvalde, Chris Murphy (D), who was elected Connecticut’s junior Senator just weeks before the Sandy Hook shooting, took to the Senate floor to make an impassioned plea to his colleagues “to find a way to pass laws that make this less likely.”

“I understand my Republican colleagues will not agree to everything that I may support,” he went on to say. “But by doing something we at least stop sending this quiet message of endorsement to these killers whose brains are breaking, who see the highest levels of government doing nothing, shooting after shooting.”

Law enforcement officials revealed Wednesday that the Uvalde shooter had posted private Facebook messages stating he was going to shoot his grandmother, then shoot up an elementary school—but, being private, authorities would have had no access to those postings beforehand without a warrant.

The Domestic Terror Prevention Act of 2022 might have changed that. It would give DHS, DOJ and FBI power to monitor the social media and online activities of suspicious individuals before bad acts occur. It was passed in the House last week in the wake of the Buffalo shooting (with only one Republican, Adam Kinzinger of Illinois, voting in favor). The Senate voted on it on Thursday, but it failed to achieve anything near the 60-vote threshold, with 47 yes and 47 no votes. Many Republicans had expressed concern about its infringement on individuals’ civil liberties.

“It sounds terrible,” said Sen. Josh Hawley (R-MO). “I’m completely opposed to this idea that we would be giving the federal government and federal law enforcement power and authority to surveil Americans.”

A new Morning Consult/Politico Poll, conducted May 20-22, found overwhelming support for the bill across the board, with 76% of all voters surveyed—including 72% of Republicans—supporting its policy objectives.

Also following the Buffalo shooting, where the suspect allegedly authored an online post detailing his white supremacist ideologies and plans to target the Black community, top members of the Department of Justice met last week with leaders of the NAACP to discuss the threat of violent racial extremism and promised to ramp up efforts to confront hate crimes.

What the DOJ can do in practical terms, however, is not exactly clear.

“Obviously law enforcement can monitor and go after people who are making threats of violence,” Lanae Erickson, Senior Vice President for Third Way, a think tank that champions modern center-left ideas, tells Political IQ. “But when we’re talking about what happened in Buffalo, it’s not like a terror cell where someone’s spending months collecting weapons and bombs and plans and colluding with other people. These are mostly lone wolf suspects, and there’s very little that law enforcement would be able to do to figure out who these people are before they cause massive casualties.”

Biden Pleads With Congress – But What of Executive Action?

President Biden also made an impassioned plea Tuesday night, in the aftermath of the Uvalde shooting. He called for Congress to revive the 1994 Assault Weapons Ban, which it let expire in 2004.

“We have to act,” he said. “And don’t tell me we can’t have an impact on this carnage. I spent my career as a Senator and as Vice President working to pass common sense gun laws.”

But he said after the Buffalo shooting there was “not much on Executive action” that he, himself, could do regarding gun control.

Erickson disagrees, saying there are some proposals worth at least trying at the Executive level. “For example, if they wanted to define the definition of a ‘gun dealer’ as someone who sells five or more guns a year, they could do that, and that would crack down on a huge part of the online sales loophole that is happening right now.”

She believes the White House is hesitating on the chance it might not hold up in court, but, “You can do lots of things and then tie it up in court for a while. You know, it does something, and it might be upheld.”

Meanwhile, she says there are people selling “hundreds of guns at one time” online without having to do background checks. “They don’t qualify as a gun dealer because they don’t have a physical store.”

Other Actions States, Congress Could Take To Prevent Mass Shootings

“What states should be doing is working with the states near them that have the loose gun laws to crack down on theirs,” says Erickson. “Most of the guns in Illinois come from Indiana.”

Further, there’s no federal law against gun trafficking right now. In the aftermath of Sandy Hook, Sen. Kirsten Gillibrand (D-NY) introduced a gun trafficking bill, but it failed to pass the 60-vote filibuster. She’s still pushing it, though, having most recently re-introduced it in September of last year.

A trafficking law would not violate the 5th Amendment’s Freedom of Movement clause, Erickson says, because it’s not about private citizens bringing a gun they purchased legally in one state into another.

“It’s that you can’t carry guns across state lines and then sell them to someone who otherwise shouldn’t have one,” she explains. “What the Gillibrand bill targets is people who are selling guns to people who they very well know could not pass a background check.”

In an interview Wednesday morning, Sen. Murphy added, “Red flag laws are possible, making it easier to take guns out of the hands of individuals that are sort of showing breaks from reality.”

He also suggested raising the national minimum age to purchase assault weapons higher than 18. “I think if we just show my Republican colleagues that the sky doesn’t fall when they vote against the gun lobby, then maybe we open the door for further change that makes a bigger difference later on.”

How Uvalde’s elected officials have voted on gun laws