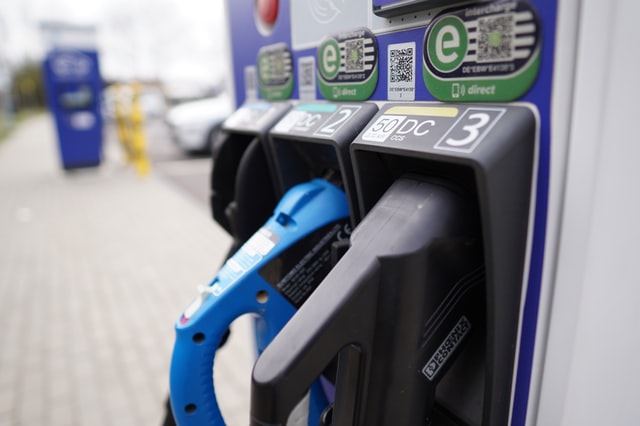 Gas Prices: Is Any Relief in Sight?

Americans are heading into their summer vacations feeling the pain of record-high gas prices and inflation–both top issues that Americans say will drive them to the polls for the November midterm elections.

“I don’t hear anything about the other national issues we’re focusing on in Washington,” said Rep. Lou Correa (D-CA). “The thing I hear about is gasoline.”

So, when—and how—can American drivers start to feel some relief?

“January 17th, that is the day Putin moved troops to the border of Belarus and Ukraine. Gas prices are at $3.31,” Gene Sperling, Senior Advisor to the President and former Director of the National Economic Council, said on Sunday. “They’ve gone up $1.50 because of the unthinkable Russian aggression.”

“The Putin price hike” has been an Administration talking point for months, but Michael Lynch, a Distinguished Fellow with the Energy Policy Research Foundation tells Political IQ, it also happens to be true.

“If it hadn’t been for the fact that before the war global oil inventories were very tight, it wouldn’t have had as much impact,” he says. “But clearly, if you hadn’t had the war you would have seen little or no increase in prices, I think, in the last couple of months.”

He believes gas prices would be roughly a dollar per gallon lower, but for the war and the subsequent global sanctions against Russia.

What of Tapping the Strategic Oil Reserve – Again?

On Sunday, ABC’s This Week anchor, George Stephanopoulos said, “Earlier this year the President tapped the Strategic Petroleum Reserve, which hasn’t made any difference at all.”

But Lynch believes that gas prices would be even higher now, had the Reserve not been tapped. “If you had not had the release, then global inventories would be that much lower, and that would have put that much more pressure on prices,” he says.

So, should we tap it again? “I don’t think it would hurt,” he says—quickly adding, “It would be better if the war would end.”

Have We Overestimated the Saudis’ Impact?

The White House has confirmed that President Biden plans to visit Saudi Arabia in upcoming weeks. The trip follows pleas by the Administration to have the Saudis tap their own oil reserves.

U.S. intelligence has linked Saudi Crown Prince Mohammed bin Salman to the 2018 murder of U.S. journalist Jamal Kashoggi. On Sunday the House Intelligence Committee Chair, Rep. Adam Schiff (D-CA), repeated a statement he’s made in the past—that bin Salman should be “shunned,” adding that the President shouldn’t speak with him.

“I understand the degree to which Saudi Arabia controls oil prices,” said Schiff. “I think that’s a compelling argument for us to wean ourselves off of reliance on foreign oil and on oil more globally so we don’t have despots and murderers calling the shots.”

However, the author of Oilcraft, Robert Vitalis, Director of the Middle East Center at the University of Pennsylvania, says there’s no need for the U.S. to be supporting the Saudis at all, if it’s only for their oil.

“We have this fiction that the Saudis are working together with this thing called OPEC, and they have this control over a thing that they really do not have,” he says. “It’s not a cartel that drove prices up, it’s the phenomenon of inflation that’s driven it up.”

Vitalis, like Lynch, points to the war in Ukraine and also the slowdown in production over the two years of the Covid pandemic. Meanwhile, he says, there’s never been any hard data to show that Saudi Arabia, or OPEC, has the power to raise or lower oil prices. “There are so many variables involved, and we just take it for granted that somehow this power [by the Saudis] has been exercised. And no one has shown that it exists. Even if it did, the effects are going to be not very dramatic.”

In fact, U.S. imports from Saudi Arabia have decreased dramatically in the past two decades, from a high of 2,244 daily barrels in 2003 to just 504 in March of this year. And just 5% of our oil imports came from Saudi Arabia in 2021 versus 50% from Canada.

Biden to Big Oil: Use Leases or Get Taxed

In May, President Biden said, “Right now, oil companies are sitting on 9,000 unused oil leases on the property of the Federal government. Under my plan, they would have to pay taxes if they don’t use those leases to produce more oil. They just can’t sit on it.”

Lynch doesn’t see this as realistic. “First of all, they always have a lot of leases that they aren’t using,” he says, comparing them to the auto industry keeping unused parts in inventory. “You can’t drill them all up. There’s a long gap between getting a lease and sending people in to drill it.”

Lynch thinks this may be a better idea—on a government level—than simply lifting the gas tax, which a handful of states have done so far.

“It’s the rich people who use a lot of oil, and when you waive the taxes they benefit a lot more than the poor people,” he says.

If not a gas card given to people making under a certain income level, Lynch says, then a stimulus check.

However, analysts are now saying stimulus payments, in particular $1,200 checks many Americans received through the 2020 CARES Act, have been a double-edged sword. They supported people at a time when unemployment was at 14.7%, but they’re now believed to have helped raise inflation by 3%.

How Much Do Price Gougers Factor In?

Rep. Jim Jordan (R-OH) recently tweeted out that gas was $4.79 a gallon—and promptly received responses reminding him that he and every other House Republican voted against a bill to stop oil and gas companies from price gouging.

He equates the finger-pointing to what happens when food prices rise. “Farmers are rarely blamed because it’s politically incorrect, so instead we blame the food processors and the grocery stores and whoever. When things happen to affect the supply like this, prices are going to go up. It’s just a sad fact of life.”

That said, 28 of the largest oil and gas producers made close to $100 billion in combined profits in the first quarter of 2022.

“There’s nothing you can really do in the short-term,” says Lynch. Cutting environmental regulations like the cleaner summer fuel blends that reduce hot-weather smog would “only matter on the margins, a few percent here and a few percent there.”

To save a few bucks, drivers can go slower on the highway, and if they have two cars, take the more fuel-efficient one. But until the war in Ukraine ends, he regrets to say, “This is like a drought, you gotta ride it out.”

What is stagflation? Here’s why it matters and what you should know.