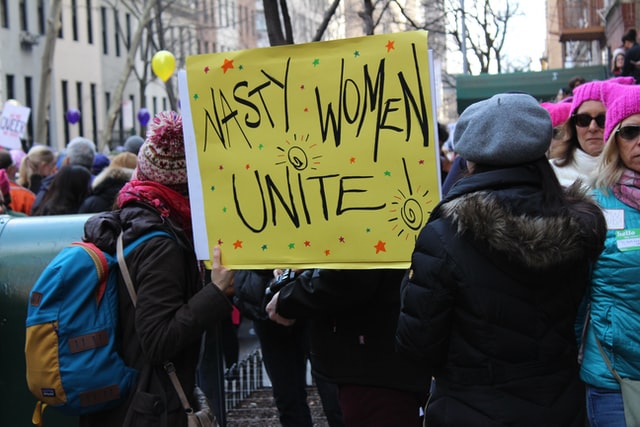 Much like the so-called “soccer moms” made famous in the Presidential Election of 1996, women may end up deciding the 2022 midterm elections, thanks to issues like food and gas prices, baby formula, mass shootings and abortion.

Women Have Been a Swing Vote for Some Time

“We’ve seen in the past few election cycles that women, especially college educated, white women can be the swing voter,” Jessica Taylor, Cook Political Report Editor, U.S. Senate & Governors, tells Political IQ. “That’s where we’ve seen such a change in the suburbs. We saw those voters shift from 2016 on.”

She says they voted “in a big way” against Republicans in a backlash to President Trump in 2018. Then many split their votes in 2020, with some voting for Democratic Presidential candidate Joe Biden, but also for a Republican in the House of Representatives. “And now I think that’s really being tested when you look at everything else,” she says.

“The Women’s Vote Is an Economic Vote”

Polling this week shows that economic issues top the agenda among 83% of all voters ahead of this year’s midterms. However, J. Miles Coleman, Associate Editor, Sabato’s Crystal Ball, an online election handicapper at the University of Virginia Center for Politics, says the economy is always an issue for women.

“I’m originally from New Orleans, so someone that I’ve always looked up to is [late journalist and author] Cokie Roberts. And something that she would always say is, yes, we talk about social issues, abortion, etc., but the women’s vote is fundamentally an economic vote because women are more likely to be single parents. Women, generally speaking, are more dependent on government when it comes to assistance, education.”

“You’re doing the family budget, it’s your kitchen table issues,” adds Taylor. “If your grocery bill is higher, if you can’t find baby formula, if gas is now $5 in your area and probably still going up,” no other issues or economic indicators matter as much.

And this may be why, in that same ABC News/Washington Post poll, only 37% approve of Biden’s handling of the economic recovery.

Not that the Administration isn’t trying to sway the messaging. “When President Biden took over, 18 million people were collecting unemployment insurance. That’s down more than 90% right now. We have a strong economy now. People are working,” Secretary of Commerce, Gina Raimondo, said Sunday on CNN.

Taylor responds, “If you’re not feeling it, it doesn’t matter to voters. Statistics are still an abstraction.”

Besides, for many women, the statistics don’t sync up. The unemployment rate among Black and Hispanic women over 20 years old increased sharply in May, to 5.9% and 4.7%, respectively, from 5% and 3.8% in April.

Further, positions that have been historically filled by women have not bounced back at the rate of many others, post-pandemic. “We’ve definitely seen the jobs come back in the goods-producing sector. In the service sector, in health care and education and particularly caregiving, we haven’t seen everyone get hired back,” said Betsey Stevenson, who served as the Labor Department’s Chief Economist under President Obama.

Baby Formula May Be Suggestive of a Bigger Problem

Federal and industry officials are ramping up efforts to alleviate the baby formula crisis, by importing foreign brands and increasing production. The shortage was sparked following a February recall by Abbott Nutrition, forcing it to shut down its Michigan plant after several infants became seriously ill and at least two died.

“As soon as [the Administration] learned that this could be a severe problem, they got on top of it,” said Raimondo. “The President is taking extraordinary measures to have baby formula flown in, and they will stick with this until it’s back to normal.”

But the move follows questions about why the Administration didn’t see a supply shortage coming and been prepared for it.

Even if only a small percentage of the U.S. population is directly impacted by the baby formula shortage, Taylor says it’s “representative, I think, of the unease that people feel about products not being there when they need them because of these supply chain issues,” adding that it factors into their bigger worries about the economy.

The bipartisan group of Senators working on crafting gun control legislation is hoping to have their deal finalized by the end of the week. They began working on the bill over the Memorial Day holiday break, following the mass shootings at a predominantly African American grocery store in Buffalo, NY, and the Robb Elementary School in Uvalde, TX.

Since Uvalde on May 24, more than 700 people in the U.S. have been killed by guns, including at least 23 additional children and 66 teenagers.

Will gun violence motivate outraged moms who might have otherwise sat this election out? Coleman points to a handful of 2016 state referendums on background checks, where polling heavily overestimated actual votes. 81%-91% polled in favor of the referendums, but actual voting only came in at 48%-63%, even in blue states.

“I can see in elections you probably have a lot of people who’ll answer a poll saying they’re for gun control, but are those same people going to actually show up and vote? And I think as Americans, for better or worse, as an electorate we have a very short attention span,” says Coleman.

“Democrats already have a 38-point lead with college-educated women,” Coleman notes. “I think Roe would only fire up a group that’s already in the Democrats’ corner.”

Meanwhile, Taylor points out, “Some of the states that already have more of the stringent abortion laws are pretty red states. It’s going to matter in states that could decide the Senate majority, so, Pennsylvania, Arizona. Nevada already has a law codifying it on the books up to 24 weeks.”

But whether it’s an election motivator, she adds, “I think it depends. Even with this, I have a hard time seeing it supplanting the economy and everything under that umbrella as the number one issue because that touches everyone.”

A Long War in Ukraine Could Bring Global Chaos

Senate leaves town without a deal on gun legislation