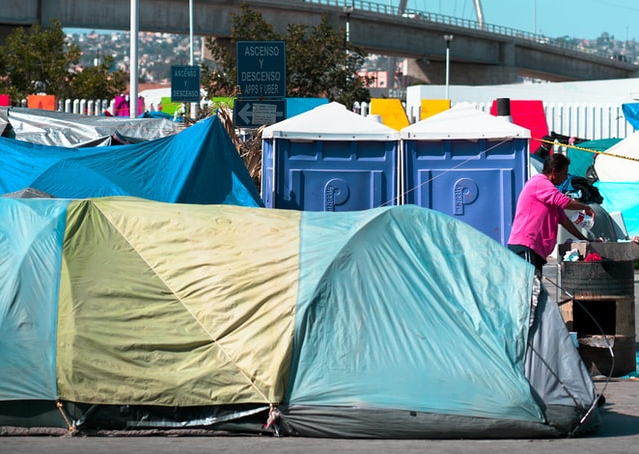 In a win for the Biden Administration, one of the Supreme Court’s final rulings at the end of its term last week broke with its conservative “super majority” by handing down a 5-4 decision that ends the Trump-era “remain in Mexico” immigration policy. Chief Justice Roberts and Justice Kavanaugh sided with the Court’s three liberal Justices, sending Biden v Texas back to a federal district court in the Lone Star State.

With the decision coming just days after the deadliest smuggling incident in our nation’s history, the ruling is raising questions about what comes next for the United States’ contentious immigration policies.

Migrants in Mexico Must Wait for Texas Judge

Unlike with the “trigger laws” that went immediately into effect following the Supreme Court’s scrubbing of Roe v Wade, migrants waiting in Mexico must continue to sit tight for the time being.

“We have to wait for that ruling to reach the [Texas] district court that issued an injunction preventing us from ending ‘remain in Mexico,'” Homeland Security Secretary Alejandro Mayorkas said Sunday. “We have several weeks to go before the district court lifts its injunction.”

However, the district judge cannot simply reinstate “remain in Mexico,” according to Jeremy McKinney, President of the American Immigration Lawyers Association, or AILA.

“The majority said, this Texas judge did not have a right to force the Biden Administration to reimplement the program,” McKinney tells Political IQ of the Supreme Court’s ruling.

Among possible decisions, he says the district judge might rule that the White House is in violation of the Administrative Procedures Act because it did not properly send the Trump memorandum that put the “remain in Mexico” program in place. But if the judge finds that the remedy for that violation is to reimplement the program, “That’s out of bounds per the majority of this Supreme Court.”

Further, according to McKinney, every Administration, including Trump’s, has undertaken one of two routes with migrants at the Southern border: detain and return them across the border or parole them on a case-by-case basis. So, the Texas judge might try to make it an all-or-nothing prospect: detain everyone or parole everyone case-by-case. However, he adds, “That’s something that might be realistically impossible, based on our current finite resources.”

And if the Biden Administration appeals the district judge’s new ruling, “the status quo would remain in place in the interim”—no reimplementation of “remain in Mexico.”

McKinney adds, “If the judge attempted to create another sweeping injunction, I think that would get swatted down pretty quickly, but we’ll see.”

Advice to Migrants: Be Patient

Only about 5% of all migrants waiting on the other side of our Southern border under “remain in Mexico” have legal representation, notes McKinney. His organization, AILA, represents some of them through a volunteer program called the Immigration Justice Campaign.

“We have been telling them to be patient, because the last time the Biden Administration rescinded ‘remain in Mexico’ they put a policy in place that provided for the orderly processing of individuals into the United States.” In other words, he says, “Don’t just try to enter the United States without inspection, and don’t just show up at a port of entry.”

On Friday, it was reported that a caravan containing thousands of migrants had left the Mexican-Guatemalan border to begin the trek north, sparked by news of the Supreme Court’s ruling.

This particular caravan that left on Friday is part of a group that contains large contingents of Venezuelans, according to reports. McKinney says if those reports are accurate, “Then that’s a group of refugees that would be particularly attuned to current events in the United States. This is a committed group of people who have already fled their country in search of safety and a better life, so of course they’re going to keep up with the news.”

And they’re just a fraction of the more than 6 million Venezuelans who have fled that country this century, according to DHS.

Mayorkas said Sunday, “We are working very closely with our partners to the south, with Mexico, that breaks up very often these caravans of individuals that seek to take that dangerous journey to reach our border, only to be met with the enforcement of our laws.”

Traffickers Twist and Dangle the Ruling as Bait

McKinney warns that there’s a dangerous flip side for would-be migrants that comes with this Supreme Court ruling. “It’s the same with anything that happens impacting immigrants in a good way: the information is twisted and distorted by bad actors.”

He’s talking about human traffickers and smugglers—like those who were arrested in Texas last week, even before the Court’s ruling, after 53 migrants died in a sweltering tractor-trailer in Southwest San Antonio.

“Human traffickers often will sell the border as being open in an attempt to make money and to traffic people to this country. And of course that’s not the case,” say McKinney. “We still have the most militarized Southern border than we have had at any point in our history. The reality is the border is not porous, and people are not pouring in.”

Arrests at the Southern border have, in fact, risen to record highs under the Biden Administration, with Customs and Border Patrol having detained 239,416 people in May (up 2% from April), and the agency is on track to exceed 2 million arrests during fiscal 2022, which ends in September, compared with a record 1.73 million in fiscal 2021.

“The key to the overall long-term problem is for us to do what we can for Central America and areas like Venezuela,” says McKinney, “to help those individuals in their day-to-day lives so they don’t feel so desperate they abandon their homes and make this difficult and often fatal trek to the United States.”

The White House points to the Summit of the Americas, which took place in June, as an example of those efforts. During the five-day event, Mexico launched a temporary labor program for up to 20,000 workers from Guatemala, while the U.S. pledged some $314 million in humanitarian aid, and Canada another $26.9 million.

“The President was out in Los Angeles just a couple of weeks ago, for the first time getting more than 20 heads of state from the region to sign up to a migration declaration,” said John Kirby, NSC Strategic Communications Coordinator, on Sunday. “So for the first time now, leaders across the region are going to take a wholistic approach to try to get at those causes to stop these migrants.”