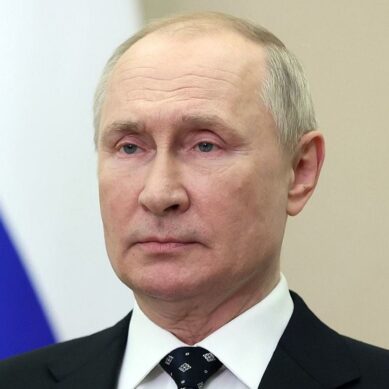 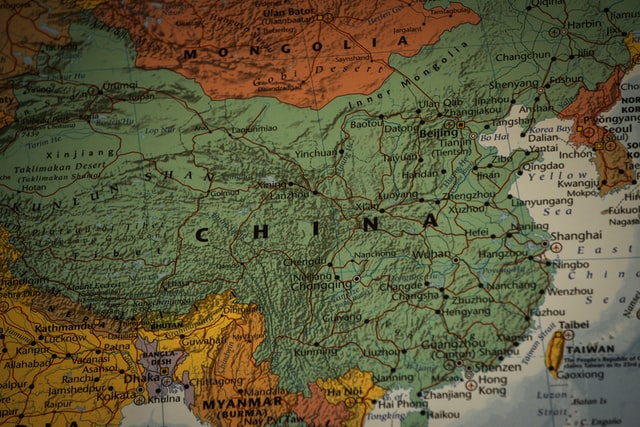 U.S.-China Tensions Ratcheting Up Over Taiwan

Secretary of State Antony Blinken met Saturday in Bangkok with his Chinese counterpart, Foreign Minister Wang Yi, for what Blinken called “candid” talks about U.S.-China relations amid escalating tensions between the two nations.

Tensions have been ratcheting up between the U.S. and China over suspicions that China is planning to invade the island nation of Taiwan, with foreign policy and military experts predicting it’s more a matter of “when,” rather than “if,” an assault will happen.

Is China & Taiwan Another Russia-Ukraine Situation?

Rafiq Dossani, Director of the RAND Center for Asia Pacific Policy tells Political IQ, it would be far easier for China, strategically, to invade Taiwan, than it was for Russia to invade Ukraine.

“Taiwan’s an island that’s got a much smaller population,” he says. “Not a big size, easy access to the Taiwan Strait. So I think if China wanted to, it could take over Taiwan pretty quickly. The question is whether it wants to.”

Speaking before Congress on June 23, Chairman of the Joint Chiefs of Staff General Mark Milley said China probably doesn’t want to—not right now. He predicted, however, that China is working toward the ability to invade and hold Taiwan within the next six years.

“My assessment is an operational assessment,” Milley said. “Do they have the intent to attack or seize in the near-term defined as the next year or two. My assessment of what I’ve seen right now is no, but that could always change. Intent is something that could change quickly.”

Further, China has said it wants to accelerate its military modernization to be completed by 2027, adding to U.S. suspicions of a Taiwanese invasion in that time frame.

The U.S. and its allies don’t appear to be waiting—even if that’s not the official line. After scaling down because of Covid, the U.S. and 25 allied nations, including 38 ships and 25,000 military personnel, have been conducting Rim of the Pacific (RIMPAC) maritime exercises for the past several weeks.

Insisting that the exercises are not meant to be a threat to China, Admiral Samuel Paparo, Commander of the U.S. Pacific Fleet, said they are meant to focus on skills and technologies that will be “most salient for potential conflict in the years ahead.” He added that they “demonstrate the solidarity of all its participants…against what otherwise would be expansionist activities.”

On June 29, the nations of NATO adopted a “Strategic Concept” which included the warning, “The threats we face are global and interconnected.…The People’s Republic of China’s (PRC) stated ambitions and coercive policies challenge our interests, security and values.”

NATO is an organization formed in defense of the North Atlantic. Issuing a warning about China stretches well beyond its historic parameters.

“An interesting question going forward in Europe here is, will the Europeans work with us in sanctioning China to make clear to China that if it ever were to move against Taiwan it could face the sort of pressure that Russia is facing now,” Richard Haass, President of the Council on Foreign Relations, said on June 29.

“That’s one of the reasons Ukraine is so important,” he added. “We do not want China learning the wrong lessons, that aggression pays here.”

Is a Fear of Sanctions Stopping China?

In fact, a fear of sanctions, like those imposed upon Russia over the war in Ukraine, is one of the key factors currently stopping China from invading Taiwan, according to Dossani.

“China is reliant heavily on globalization for its prosperity,” he says. “It has much more to lose than Russia does. Russia has been under sanctions for many, many years and has figured out how to live with them, and China has not. So for China, global access is critical to its future.”

China Pressed to Push Russia to End War in Ukraine

Meanwhile, China is Russia’s strongest trading partner, accounting for nearly 14% and $68 billion worth of Russian exports.

With this in mind, Western nations, like Australia, are laying diplomatic pressure upon China to try to convince Russia to end the war in Ukraine. “To grow its international influence beyond military strength, China needs to wield this strength with restraint and legitimacy,” said Australian Foreign Minister Penny Wong. “The region and the world is now looking at Beijing’s actions in relation to Ukraine.”

Dossani shakes his head at the prospect. “I mean, what is the motive for China?” he asks. “China thinks at least half the fault of the Ukraine war is not Russia; it belongs to the U.S. and NATO for coming close to Russia’s borders. So it’s only half convinced at best. I don’t think that’s good enough for China to do anything.”

In fact, China has been playing both sides, according to reports. The country is wary of violating Western sanctions on Russia that could trigger secondary sanctions on its own companies, yet it still purchases Russian oil (as do some European countries). However, despite Beijing’s attempts to be cautious, the U.S. Commerce Department has put five Chinese companies on a trade blacklist for allegedly supplying Russia’s military industries.

Last week, the world was rocked by the assassination of Japan’s longest-serving Prime Minister and arguably that nation’s most influential politician, Shinzo Abe. But in China, leading nationalist figures had to go to lengths to silence celebrations over his death. Abe had reportedly angered the Chinese government, and especially the more nationalist segment of the ruling party, for pushing Japan to increase its military spending and revise its post-World War II pacifist policies.

Dossani sees the situation as far more multi-layered. “What’s not known about Abe is that he actually tried very, very hard to improve relations with China,” he says. “This is someone who was very much a consensus builder.”

Dossani underscores this statement by pointing out that Abe met with Russian President Vladimir Putin, usually in Moscow, 28 times. Meanwhile, he says, “I don’t see the Chinese celebrating Abe’s death” because current Prime Minister, Fumio Kishida, is someone whom the Chinese view as a “much weaker leader” than Abe. In other words, he says, Kishida is someone the Chinese believe the U.S. can more easily manipulate, particularly without Abe’s influential presence any longer.

In the meantime, Japan is set to unveil a new national security strategy later this year, its first since 2013. It could address changes to Article 9 of its Constitution, which says Japan cannot use war as a means of settling its international disputes.

Following his meeting with Yi, Blinken told reporters he expects Presidents Biden and Xi to speak in coming weeks. But Blinken had no answer when asked whether Biden would sideline with Xi at the G20 summit in Bali in November.

Comparing the current U.S. President to his predecessor, Dossani says, “I think the Chinese were extremely wary of Trump,” whereas, “with Biden, there’s a far more predictable course.”

“Trump was very strategic. He played this, good-cop/bad-cop with Xi, where he would play nice with every world leader, show them a lot of respect, but then he’d get his people to do all the strict things that he wanted to do, such as tariffs or misstatements about the policy of engagement with China being over.”

With Biden, they at least know what’s not going to happen, like “a round of massive new sanctions,” he says.

Dossani makes this prediction of what will come out of the Biden/Xi talks: “One side will say, ‘Stay out of Taiwan.’ The other side will not agree. That sort of thing will happen. I think they’ll end up with a press release that says, ‘We had a constructive discussion.'”