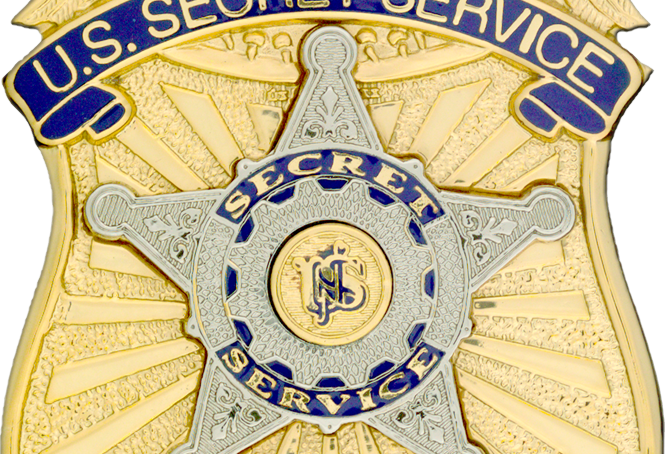 After claiming “none of the text messages had been lost” during a migration to new phones, the U.S. Secret Service is now saying it cannot comply with the January 6 Congressional Committee’s subpoena for its agents’ text messages from January 5 and 6, 2021, because those texts were, in fact, purged.

These ongoing story changes undermine the credibility of the Secret Service itself and can have broader repercussions upon that agency—whose motto is “worthy of trust and confidence“— which is already being accused of having been “politicized” during the Trump Administration.

This isn’t the first time the Secret Service changed its story about these texts, according to the Inspector General for the Department of Homeland Security, Joseph Cuffari. First, Secret Service said they were lost due to software upgrades. Then it was because of device replacements.

The IG also said that even though the Secret Service opted to have his office do a review of the agency’s response to the Capitol attack in lieu of conducting after-action reports, it stonewalled the review by slow-walking the production of materials.

But even as its story changed, the Secret Service was leaving out a crucial detail. Agency Spokesman Anthony Guglielmi, defending against any accusations of malicious intent, put out a statement on Friday saying, “DHS OIG requested electronic communications for the first time on Feb. 26, 2021, after the migration was well under way.”

However, four different Congressional committees investigating the events of January 6 asked the Secret Service to retain information on January 16th and again on January 25th of that year.

“Nobody along the way stopped and thought, well, maybe we shouldn’t do the migration of data and of the devices until we are able to fulfill these four requests from Congress,” said January 6 Committee member, Rep. Stephanie Murphy (D-FL).

“That’s standard. Agencies all know that if they’re being investigated,” she says.

“In the very least, it is quite crazy that the Secret Service would actually end up deleting anything related to one of the more infamous days in American history,” January 6 Committee Member, Rep. Adam Kinzinger (R-IL), said Sunday.

What the Texts Could Have Revealed

“But why is this all so important?” mused Frank Figliuzzi, former FBI Assistant Director for Counterintelligence, on MSNBC Monday. “Those Secret Service messages can get us inside the President’s intentions, his mindset before, during and after the violence on January 6th. Did he even share with the Secret Service that he wanted to go march to the Capitol?”

According to Shen, these purged texts, “would probably reveal any direct conversations that they had with the President, but also their assessment of the threat situation that day, because Secret Service are making decisions about how much protection do we give our protectee? How free of a rein?”

For instance, the testimony of Cassidy Hutchinson, former Aide to White House Chief of Staff Mark Meadows, that Trump wanted to go to the Capitol with the rioters—an unscheduled request—might very well have been confirmed by these purged Secret Service texts.

“If I had to guess, yes,” says Shen. “Because again, that involves a logistical concern for the Secret Service. They don’t have established escape routes, they don’t have the full awareness of what they’re going into from a protective perspective. So, whatever it was, pushback or not, there would be some conversation about that.”

Accusations the Agency “Politicized” Under Trump

Carol Leonnig, journalist and author of “Zero Fail: The Rise and Fall of the Secret Service,” has been saying for some time that President Trump “politicized this agency and politicized this detail, to the point that his detail leader eventually became the White House Deputy Chief of Staff on a temporary assignment helping the President execute his political mission, his political campaigns, and even clearing Lafayette Square, forcibly removing peaceful protesters.”

She’s talking about Tony Ornato, who left the Secret Service to become Trump’s Deputy Chief of Staff, then went back to working as Assistant Director for the Secret Service—on December 7, 2019, just ahead of the 2020 Presidential campaign.

Shen, who was an Aide to the late House Oversight Committee member, Rep. Elijah Cummings (D-MD), back in 2014 when she says its then-Chairman, former Rep. Jason Chaffetz (R-UT), did a “top-down investigation of the Secret Service” following a string of scandals, agrees with much of Leonnig’s assessment.

“I think this is a huge change,” Shen says, referring to the Secret Service’s history of being apolitical, “because you’re hand-picking people who are willing to put that principle aside and enter politics if it’s for someone’s interest. That is a huge deviation from the history of the agency. I can’t think of another example that comes close.”

The politicizing of the agency could very well explain why then-Vice President Mike Pence said to his Secret Service detail on January 6, “I’m not getting in that car”—a statement that January 6 Committee member, Rep. Jamie Raskin (D-MD), referred to as “six of the most chilling words in American history.”

Pence’s words were underscored by those of his National Security Advisor Keith Kellogg directly to Ornato, “Leave him where he’s at. He’s got a job to do. I know you guys too well. You’ll fly him to Alaska if you have a chance.”

A seething question since January 2021, has been, did the Secret Service (specifically, Ornato) want to prevent Pence from doing his job that day to certify the election—in other words, aiding and abetting the mob in its goal—or were they simply trying to get him away from the mob to safety?

Shen says you have to look at the events at the moment when the exchange between Pence and the agents occurred. “If there was no real threat to justify that, it would be very, very bad for the agency, its protocols, its practices, precedent, etc.,” she believes.

Pence was 40 feet from the mob when he fled from the rioters inside the Capitol building, shouting, “Hang Mike Pence!” But at the time of the, “I’m not getting in that car” exchange, he was in a secure subterranean area that the rioters couldn’t reach.

A 2014 review of the Secret Service, commissioned by Homeland Security and undertaken by a panel of independent experts, “found an organization starved for leadership that rewards innovation and excellence and demands accountability.”

Shen says she has to believe there have been improvements to the Secret Service since then, and since the Oversight Committee did its investigation, “because the bar was so incredibly low to begin with.”

For instance, the agency was using “technology from the ’80s,” she says. Text messages? They were Xerox copying relevant data to Oversight because they had no electronic files in 2014.

Fast forward to 2022 and the charges of politicization, data purges and persistent story changes. All of this, she says, is a “danger” to both the Secret Service and the American public.

“I don’t think the rank-and-file, broadly speaking, likes the reputation, the attention the Secret Service is getting,” she notes. And with this blow to morale, “You have people with 20 years of experience leaving. You can hire new people, but it’s going to take a long time to build that expertise back up.”

She adds, “If that causes people to leave, that will affect their primary mission, which is protection of the President, and it’s a national security issue for us all.”