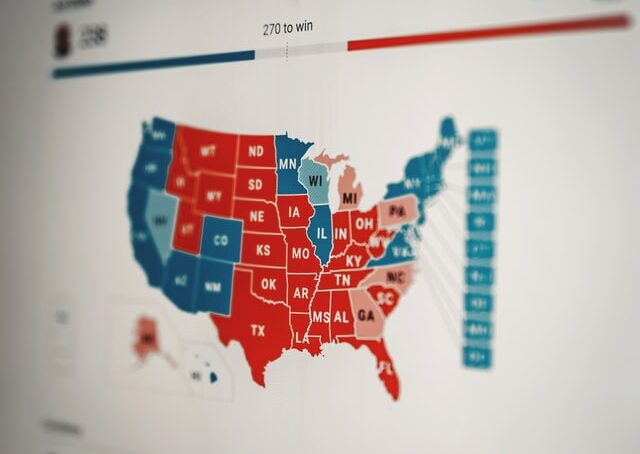 Democrats and political groups linked to the Democratic Party this midterm campaign season may be “playing with fire”: spending fortunes to fund far-right, even extremist, Republicans in primary races, gambling on assuring victory for the Democratic candidate in the general election.

“Are they playing with fire? Sure,” said Lis Smith, former Senior Advisor for Pete Buttigieg’s 2020 Presidential campaign. “But it is a Republican base that is voting for people who deny the results of the last election [and] want to criminalize abortion.”

And if the Democrats’ strategy backfires, they and their constituents are going to get exactly what they don’t want after the November midterm votes are tallied.

Democrats Spend Tens of Millions to Back Far-Right Republicans

According to a July 15 report by Open Secrets, political groups and nonprofits linked to the Democratic Party have spent nearly $44 million on ad campaigns in just five states alone to boost far-right Republican candidates in their primaries. That includes the Democratic Governors Association (DGA) and Gov. J.B. Pritzker (D-IL) dropping $35 million to influence the Illinois Republican Gubernatorial primary with ads attacking moderate Richard Irvin while drawing attention to far-right State Sen. Darren Bailey. Bailey won the primary with 55.2% of the vote.

In Maryland’s primary, a Democratic-backed $1.2 million ad campaign highlighted Republican Gubernatorial candidate Dan Cox, talking him up as a 2nd Amendment and anti-abortion absolutist. He went on to beat Kelly Schulz, who was endorsed by the term-limited, moderate Republican Governor Larry Hogan—who refers to Cox as “a Q-Anon whack job.”

And while election handicapper FiveThirtyEight has Democratic nominee Wes Moore “clearly favored” to win in Maryland’s general election, Moore himself said of Cox on Thursday, “We are taking this very seriously, and I think people make a mistake by underestimating him.”

“There is nothing completely certain in an election,” Jessica Taylor, U.S. Senate & Governors Editor at The Cook Political Report, reminds Political IQ. “There were many Democrats in 2016 who felt like running against Donald Trump was a slam dunk.”

In Arizona, when Trump supporter and 2020 Election denier Kari Lake saw her lead narrow over her Gubernatorial primary opponent, Karrin Taylor Robson, the Democrats boosted Lake with an email blast thanking Robson for her past donations to Democratic candidates.

The Arizona primary is not until this Tuesday. However, Lake, a former Arizona TV news anchor, is currently in a “toss-up” against Democratic Secretary of State Katie Hobbs, according to FiveThirtyEight.

And it’s not just races for Governor. For example, in Michigan the Democratic Congressional Campaign Committee (DCCC) is spending nearly half a million dollars on a Trump-endorsed primary candidate for the House, John Gibbs, over incumbent Rep. Peter Meijer, one of ten Republicans who voted to impeach Trump after the January 6 insurrection.

An especially bright spotlight is shining on Pennsylvania’s Gubernatorial race, where Republican candidate and so-called “Christian Nationalist” Doug Mastriano paid $5,000 in “campaign consulting” fees to social media platform Gab.com. The site was severely criticized for its pervasive anti-Semitic and racist jargon and memes when one of its users allegedly shot and killed 11 people at Pittsburgh’s Tree of Life synagogue in 2018.

While Mastriano on Thursday deleted his Gab account, his Democratic opponent for Governor, Pennsylvania Attorney General Josh Shapiro, has said of the Republican primary voters, “They know that what Mastriano is doing is a threat to our democracy. It’s beyond the pale. It’s not normal. And it should not be acceptable in our politics today.”

Yet Shapiro, himself, spent more than $840,000 on ads to help Mastriano win the Republican primary—more than twice what Mastriano spent.

The Economy Could Sabotage the Scheme

FiveThirtyEight currently has Shapiro “favored” to win, but other analysts have noted, Mastriano could pull out a victory, particularly if the economy gets worse before it gets better.

“Right now, the election is still about the incumbent President, his party, and the economy,” says Taylor.

So Democrats have to weigh that calculation before deciding to undertake this strategy. “It’s riskier when you’re playing in competitive states, I will say. Especially given the headwinds against the Democrats right now, it’s a risk.”

She says “candidate quality” will also be a factor. That matters a little less in Senate races and even less so in House races, though, “because voters look at voting for Congress in a parliamentary way.” But for Governor’s races people are voting for the person rather than the party they want in power. “Maybe you say, I don’t agree with them all the time, but you think this other person is too scary. So you might split your vote.”

The Trouble With Backing an Election Denier

FiveThirtyEight notes that at least 120 Republicans will be on the ballot this fall for either Senate, House, Governor, Attorney General or Secretary of State slots who deny that Joe Biden legitimately won the 2020 Presidential Election.

So, Democrats hand-picking an election denier to run against, believing it’s a sure-fire road to their own victory, could cause a post-election headache: the opponent may well refuse to concede because they deny their defeat was legitimate.

We’re already getting a preview of this in primary races. For instance, Colorado Republican Senate candidate Ron Hanks (who received a Democratic PAC’s backing in his race against moderate Joe O’Dea) is a 2020 Election denier who demanded a recount of the primary election he lost handily, claiming widespread malfeasance.

Although it may be unavoidable either way. “Just given the way things are, there are going to be more election deniers in Congress,” says Taylor. “This has become a litmus test for the Republican Party, and to win a Republican primary you almost have to believe that and telegraph it.”

Another Critique: It’s Simply Not Democratic

Republicans and Democrats alike are calling out the practice.

“If you believe that Trump represents some kind of crisis to democracy you can’t, in good faith, make those ads and then still ask center-right Republicans to believe you,” said conservative columnist Amanda Carpenter, former senior staffer to Sen. Ted Cruz (R-TX).

While January 6 Committee member Rep. Stephanie Murphy (D-FL) said, “No race is worth compromising your values in that way.”

Strategy Has History of Hits and Misses

One success story was in 2012, when then-Sen. Claire McCaskill (D-MO) was struggling for reelection in an ever-reddening state. According to McCaskill’s memoir, her consultants created an ad that appeared critical, but actually appealed to Republican primary voters.

It targeted far-right Rep. Todd Akin, who became infamous for the line (about pregnancy), “If it’s a legitimate rape, the female body has ways to try to shut that whole thing down.”

McCaskill wrote, “I had successfully manipulated the Republican primary so that in the general election I would face the candidate I was most likely to beat.”

Perhaps the most notorious case of the strategy backfiring is the election of Joe McCarthy (R-WI).

Yes, that Joe McCarthy. In 1946, Wisconsin Democrats sensed an opening when Sen. Robert La Follette, who had run as a Progressive, ran for a fourth full term as a Republican. Democrats and their union allies encouraged Republicans to vote for McCarthy in the primary, believing he’d be easier to beat than La Follette in the general. The rest, as they say, is history.