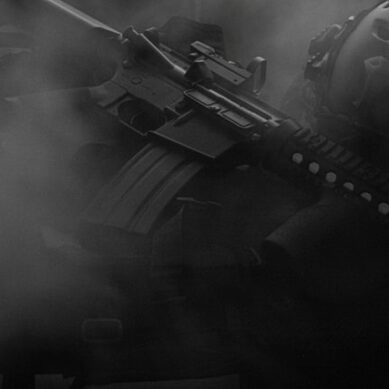 In Other News
Business/Economy
COVID-19

This post was originally published on this siteToyota, Ford and Chrysler-owner Stellantis have had to curb production because of border closures.

In Other News
Business/Economy
COVID-19

The blockade at the Ambassador Bridge connecting Detroit with Windsor, Ontario, is impacting several automakers, who say they are now facing parts shortages.
This is the third day the bridge, which carries 25 percent of all trade between the United States and Canada, has been blocked. There are about 50 to 74 vehicles and 100 protesters at the bridge, The Associated Press reports, with the demonstrators demanding that Canada end its COVID-19 safety policies. About 90 percent of Canadian truck drivers are vaccinated, and most of the protesters are in pickup trucks, AP reports, not big rigs.
Vehicles are able to enter the U.S. at the bridge, but are prevented from entering Canada. To get around this, trucks leaving the Detroit area are driving 70 miles north to Port Huron, Michigan, where on Wednesday they faced a delay of nearly five hours, AP says.
Ford announced on Wednesday that the blockade forced the company to close an engine plant in Windsor and run an assembly plant in Oakville, Ontario, on a reduced schedule. “The interruption on the Detroit-Windsor bridge hurts customers, auto workers, suppliers, communities, and companies on both sides of the border,” Ford said in a statement. “We hope this situation is resolved quickly because it could have widespread impact on all automakers in the U.S. and Canada.”
General Motors said while it had to cancel the second shift at a factory near Lansing, Michigan, because of the blockade, it expects business to be back to normal on Thursday. Toyota announced it will shut down production at three Canadian plants for the rest of the week, but blamed the weather and the supply chain for the parts shortages.
Windsor Mayor Drew Dilkens told AP law enforcement has been wary of removing protesters and their vehicles over safety concerns, but they won’t let the blockade “happen for a prolonged period of time.” Dilkens also shared that some of the demonstrators have said they are willing to die for the cause. “I’ll be brutally honest: You are trying to have a rational conversation, and not everyone on the ground is a rational actor,” he said. “Police are doing what is right by taking a moderate approach, trying to sensibly work through this situation where everyone can walk away, nobody gets hurt, and the bridge can open.”