This post was originally published on this site Turkish President Recep Tayyip Erdogan asked his Russian counterpart, Vladimir Putin, to support efforts for a “lasting peace” in the Ukraine conflict, a war he says “harms everyone”. Erdogan stressed that “positive momentum gained at the Istanbul talks” needs to continue,” his... This post was originally published on this siteThe United Nations’ humanitarian chief is “not optimistic” that Russia and Ukraine will reach a ceasefire. Friday’s latest updates. 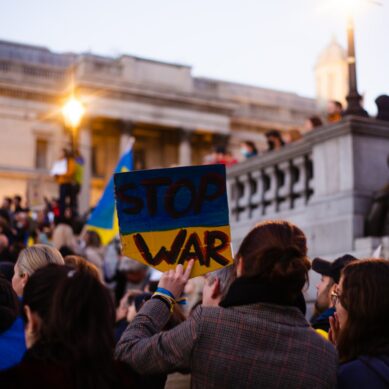 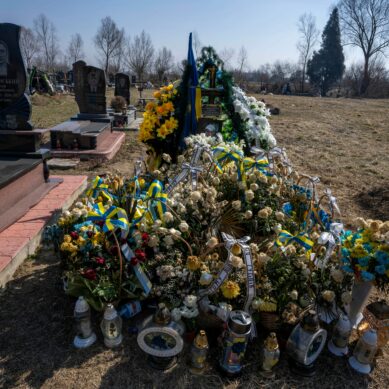 This post was originally published on this siteRussia and Ukraine began face-to-face talks Tuesday in Turkey as the United Nations pressed for a cease-fire for Russia’s brutal invasion. 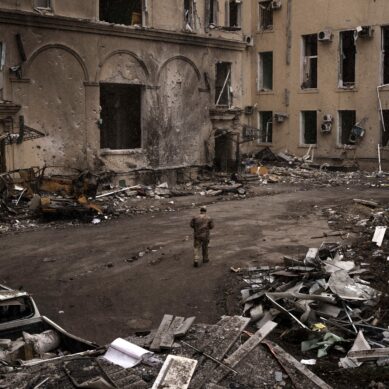 This post was originally published on this siteUkrainian President Volodymyr Zelensky on Wednesday said peace talks with Russia were starting to “sound more realistic” as Russia voiced a similar sentiment as Moscow’s invasion rages on into its third week of attacks.”Efforts are still…

This post was originally published on this siteUkrainian President Volodymyr Zelenskyy said in a new interview that he believes that Russian President Vladimir Putin will soon negotiate to end the war following strong resistance from Ukrainians. “I think he will. I think he sees that we are…

Russia issues demands for Ukraine ahead of talks

Russia announced Monday ahead of a third round of peace talks that it will cease military operations “in a moment” if Ukraine agrees to meet a list of demands, Reuters reports.
Kremlin spokesperson Dmitry Peskov said Ukraine must stop fighting, amend its constitution to guarantee neutrality, formally cede Crimea to Russia, and recognize the independence of the Russian-backed breakaway republics in eastern Ukraine.
If Ukraine enshrines neutrality in its constitution — which would prevent it from joining NATO or the European Union — and accepts Russia’s territorial demands, it will remain an “independent state that will live as it wants,” Peskov said.
Anatol Lieven, a fellow at the anti-interventionist Quincy Institute for Responsible Statecraft, said in an interview with Democracy Now! that neutrality would likely benefit Ukraine. Finland and Austria, Lieven noted, maintained a similar status during the Cold War and remained free, prosperous, and democratic.
What would a Ukraine-Russia peace deal look like? @QuincyInst's @Lieven_Anatol says there's a possibility for peace if Ukraine declares neutrality and Russia withdraws its troops and doesn't attempt to dissolve Ukraine's military. pic.twitter.com/DaVjywJSoM— Democracy Now! (@democracynow) March 7, 2022
Peskov also said, “We really are finishing the demilitarization of Ukraine. We will finish it,” though he did not clarify what he meant by this and, according to ABC News, did not include it in Russia’s list of demands.
The Kremlin has announced its demands for ending the war in Ukraine:-Ukraine must change its constitution to guarantee it won't join any “blocs”, i.e. NATO + EU.-Must recognise Crimea as part of Russia.-Must recognise the eastern separatist regions as independent.— Patrick Reevell (@Reevellp) March 7, 2022
In response to Peskov’s vague comments about demilitarization, Lieven said any demand for “the abolition of the Ukrainian armed forces” would be a non-starter but that a ban on long-range missiles in Ukraine would be, in his view, an acceptable compromise.
Russian President Vladmir Putin’s stated war goals were originally to “demilitarize and de-Nazify” Ukraine, both of which implied installing a pro-Russian puppet regime in Kyiv and both of which he appears to have abandoned.
The Office of the United Nations High Commissioner for Human Rights said Sunday that at least 364 civilians have been killed since the conflict began on Feb. 24. Ukrainian sources put the number at over 2,000.
Ukrainian sources also claim more than 11,000 Russian soldiers have been killed, though Russia has so far acknowledged fewer than 500 military deaths.