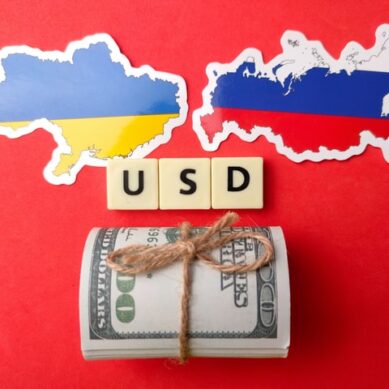 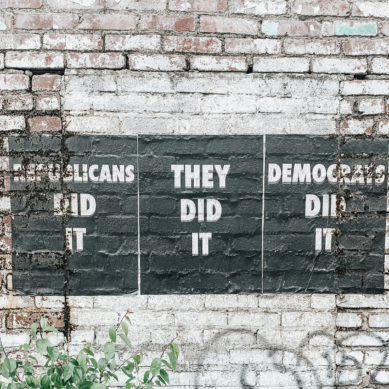 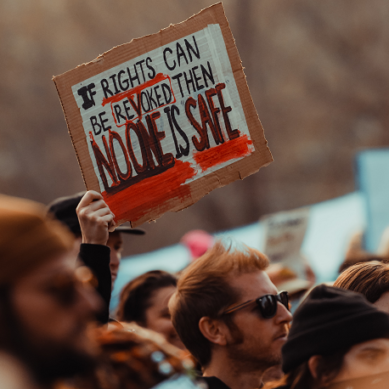 This post was originally published on this siteNPR’s Steve Inskeep talks to Sen. Democratic Amy Klobuchar who’s expected to vote for the Women’s Health Protection Act. If it becomes law, it would set federal standards for the right to an abortion. This post was originally published on this siteMolly Beck /USA Today Network/Reuters Two Molotov cocktails were found inside the torched Wisconsin office of an anti-abortion group—which the local police chief branded a hate crime. Madison Chief Shon Barnes said no one has been arrested in Sunday’s early morning blaze at... 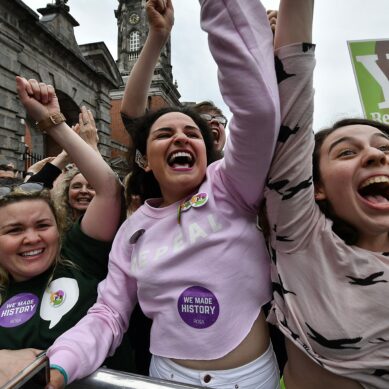 US could be ‘global outlier’ if Roe v. Wade is overturned. How do other nations handle abortion?

This post was originally published on this siteIn the past three decades, 60 countries have made abortion laws more liberal. The US could join the handful that have increased restrictions. This post was originally published on this site Human rights organizations say there is an international trend toward expanding abortion access, as countries such as Mexico and Argentina have worked to decriminalize the procedure. (Image credit: Jose Luis Magana/AP) This post was originally published on this site More than 100 protesters gathered on the steps of the Florida Supreme Court building in the state capital to rally in support of upholding abortion protections threatened by a looming U.S. Supreme Court ruling. Among the chants in the crowd: “Our body,...

Abortion just became a top electoral issue, thanks to a leaked draft opinion in which Supreme Court Justice Samuel Alito, purporting to speak for a majority of the court, lustily tears down Roe v. Wade, ending 49 years of constitutionally protected abortion rights.
The court’s decision isn’t yet final, but the writing on the wall “threatens to upend the 2022 midterm elections and turn the campaign into a massive mobilizing effort over the issues of abortion, individual rights and the contrasting philosophies of the two major political parties,” The Washington Post reports. Here are some ways the apparent end of Roe could help, or hurt, each party.
PRO: FOR DEMOCRATS, THEY FINALLY HAVE SOMETHING TO SHOUT ABOUT
Well, “Democrats finally have something they have lacked in this perilous midterm election year: a compelling message,” Karen Tumulty writes in The Washington Post. Instead of voters focusing only “on their own anger and frustration over rising prices” and other irritants, now “2022 will also be a referendum on the GOP agenda,” and Democrats can make a solid case that “Republicans, if they get the chance, will take the country backward” on a fundamental right that’s “been a given throughout the lifetime of the approximately two-thirds of the population.”
“If you support abortion rights, you’re probably already voting Democratic,” but killing Roe could “increase Democratic enthusiasm to turn out in a year when Republicans might otherwise have an enthusiasm advantage,” Nathaniel Rakich says at FiveThirtyEight. A poll from January shows that 35 percent of Americans, including 51 percent of Democrats, would be “angry” if Roe is overturned, “and, to put it simply, angry people vote.”
CON: THE RULING WON’T IMMEDIATELY AFFECT BLUE STATE DEMOCRATS
“It is entirely possible that reversing Roe will galvanize Democrats in November (assuming the Alito opinion holds), but I’m skeptical,” conservative commentator David French argues. “Abortion is much, much less common than it used to be and the issue is downstream from most people’s lives.”
And because overturning Roe would kick the issue down to state governments, “nothing at all will change in the states where most Democratic and pro-choice women live and vote,” Damon Linker argues in The Week. “The decision may have an effect on a handful of close races,” especially in purple states, but “I suspect the result will be an initial expression of outrage followed by a lot of shoulder-shrugging.”
PRO: FOR REPUBLICANS, SUCCESS WILL BE ITS OWN REWARD
On the other hand, “reversing Roe can galvanize Republicans,” French points out. “For the first time since 1973, their votes on state regulations on abortion will really matter. Also, members of Congress can cast immediately impactful votes.”
“A strong defense of life is a vote winner,” argues Kristi Hamrick, chief media and policy strategist for the antiabortion group Students for Life. “It energizes people.” And since “Republicans have full control of the government in 22 states,” versus 14 for Democrats, FiveThirtyEight’s Geoffrey Skelley notes, “Republicans are also in a better position to push laws that ban abortions — if they haven’t already.”
CON: MOST AMERICANS AREN’T ON THE GOP’S SIDE HERE
“It is difficult to describe what an achievement the overturning of Roe v. Wade would be for the conservative movement,” but it wouldn’t be “politically convenient in the short term for the Republican Party,” Jim Newell writes at Slate. “Overturning Roe is not — and has not been — popular among the American people,” which is probably why leading Republicans are trying “to divert attention to the scandalous leak” of Alito’s opinion “and away from the fact that a majority of the Supreme Court aims to take away a popular right from the American people.”
“Democrats need energy right now more than Republicans do,” GOP pollster Neil Newhouse tells the Post. “You’ve got to think potentially this might weigh a little bit more on the scale for Democrats, but it will energize Republicans as well.”
PRO: FOR VOTERS, THE CHOICE IS NOW CLEAR AND ACTIONABLE
After decades of conservative activists and lawmakers playing cat and mouse with the Supreme Court to enact the strictest abortion bans possible — see Texas — voters will soon get a real say in abortion policy. “I think this issue has been talked about, has been used in previous elections, as an abstract contrast,” a White House official tells the Post. “For 50 years we have not had it as a legitimate actual contrast.” Now we will.
“Americans on the whole are deeply conflicted about abortion,” but “the activists on each side of the issue are not,” and these “purists are driving both parties away from the muddled center of public opinion,” Linker argues at The Week. “But that 49-year status quo looks like it’s about to come to an end, inaugurating a new era of political contestation, and possible compromise and conciliation, around abortion.”
CON: VOTERS HATE THINKING ABOUT ABORTION
“There’s a myth that Americans are personally conflicted about abortion, but that’s not really true,” Amelia Thomson-DeVeaux writes at FiveThirtyEight. “The vast majority of Americans think abortion should be legal in at least some circumstances,” but “public opinion on abortion sometimes looks muddy because people don’t like talking and thinking about abortion, and because they especially don’t like to deal with it as a political issue.”
Unfortunately for voters, if Alito’s leaked opinion becomes law, “Tuesday will have been the first day of the new politics of the rest of our lives,” where “the legality of abortion will become a central, hot issue of state and federal legislatures indefinitely,” Slate’s Newell sighs. “Today, the focus is on midterm politics. If, or when, this opinion comes down, the focus will turn to forever.” This post was originally published on this site When Jessica Cisneros released the first TV ad of her Democratic primary runoff last week, it highlighted how her opponent, U.S. Rep. Henry Cuellar of Laredo, was the only House Democrat to vote against legislation to codify Roe v. Wade. “But on... This post was originally published on this site The leaked opinion showing a majority of Supreme Court justices voting to overturn abortion rights is legitimate, according to the public information officer of the Supreme Court. “Although the document described in yesterday’s reports is authentic, it does not represent a decision...